Invisible ink is essential for my seventeenth century fictional spies. Some of my lazier agents even write in it uncoded.

I thought I’d expand on a Twitter exchange with Civil War Tours who asked for my advice on secret messages.

All the inks below reveal themselves when you heat the parchment over a candle. Please be careful when you do this!

When life gives you lemons, make a crude invisible ink out of them.

I had read that the downside of lemon juice is that, once it cools, it returns to being transparent. This would be a disadvantage as, if your message had been intercepted, read, but then sent on you’d never know. However this is not true. Check out my experiment below.

I love the story of John Gerard who organised his escape from the Tower of London through the power of Vitamin C. Gerard was sent some oranges and persuaded his guard to allow him to send a gift of crosses made from orange peel to his friends. What he actually did was write a message between his charcoal-scrawled lines using orange juice. You can read a full account of John Gerard’s escape here.

My heroine’s ink of choice is orange.

What does the invisible ink look like once revealed?

I tested out both orange and lemon juice by writing, or rather daubing as I didn’t have a quill, and then warming them over a toaster. Here are the results: 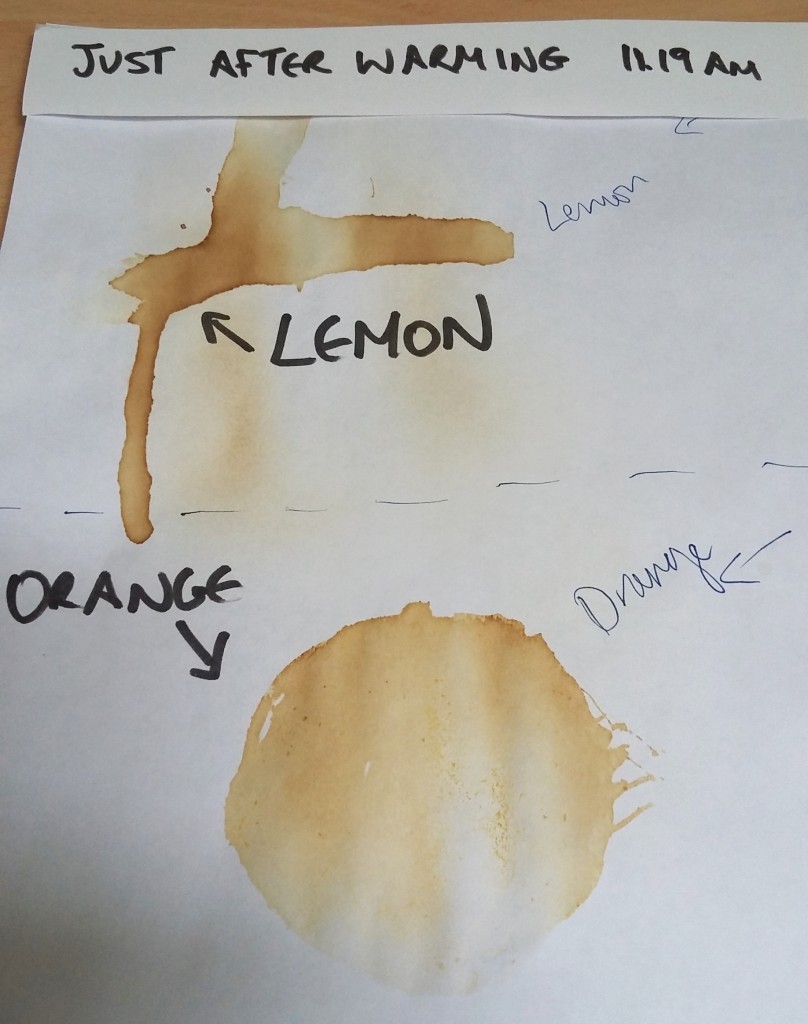 I kept checking on them for the rest of the day, but neither faded.

Can’t get hold of citrus fruit? Dr. Nadine Akkerman is an expert in female spies in the 17th century. Here’s a video she’s made about the use of artichoke juice as invisible ink: