A book on the real-life equivalents of my novel’s Royalist she-spy is Christmas come early. When I saw that even the dedication was written in code, I knew I was in for a treat.

The Interregnum – the decade after Parliament executed Charles I and ruled England – is a challenge to research. Its complicated politics means there’s a tendency for historians to opt for the time periods either side, either the Civil Wars or the Restoration of Charles II.

Akkerman takes on the period with relish as well as the rest of the seventeenth century. I first lapped up her account of the Countess of Taxis’ dark arts intercepting international post and have been a follower of her research ever since.

Akkerman is the world authority on Charles II’s fascinating aunt Queen Elizabeth of Bohemia and has helped unravel the lost security art of letterlocking. She has produced YouTube videos about invisible inks, which you can see in my article on natural invisible ink. Her Twitter tag @misswalsingham says it all.

Flying under the radar

Akkerman believes there were more than just the handful of seventeenth century female spies such as Aphra Behn and Elizabeth Murray. The others just haven’t been discovered. As my character Fitz would say “what you do not know, you can not tell”.

Any argument that women of that period would not have been involved in espionage is quashed very early on. I love how she brings in the big guns visually. The first colour plate is the Rainbow Portrait of Queen Elizabeth I, where eyes and ears representing her intelligence network appear on the fabric of her dress. Historically women may have been restricted in military dealings, but gaining information is another game entirely. Invisible Agents provides the evidence in reams.

Invisible Agents is packed with exciting, original research. Akkerman returns to the primary texts with a fresh eye. She unpicks the mistakes of past cataloguers and transcribers who left out key sentences, transcribing Mr for Mrs or just dismissed key letters as mere family chit-chat. By turning spy catcher, Akkerman breaks coded text hidden for nearly four hundred years.

‘Under cover of Cupid’s wings’ 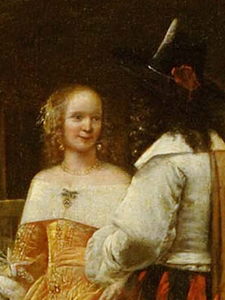 This book is a treasure trove for any historical fiction author. There are tales of messages being circulated disguised as orders for goods or love letters ‘under cover of Cupid’s wings’. Gold is smuggled in soap barrels, urgent notes in locks of hair.

I share her frustration that the only surviving copies of letters are those made by interceptors who did not realise the true message was in front of them, written in invisible ink. However Akkerman is now shedding light on the possibilities that may still lie in forgotten archives.

A champion of her Invisible Agents

Akkerman resists the urge to ‘regurgitate myths’ and challenges the historiography of past historian’s opinions. Her impassioned defence of Elizabeth Murray, maligned as a double agent Royalist and Oliver Cromwell’s mistress, is particularly powerful. This is something that never rang true for me and I can almost hear Elizabeth applauding.

Some historical accounts can be rather dry. Some historians seem to take Toynbee’s quote that “history is just one damn thing after another” as a template, overwhelming you with dates and facts. Akkerman structures the book chronologically, but also bases each chapter on one woman or group of women. This helps develop a feel for the context of the period and build on past references but focus on the characters at the heart of the piece.

Her writing style is pacy and engaging, peppered with colloquial phrases such as ‘mud sticks’ and ‘sniff out information’. I chuckled at the Madonna reference regarding ‘those desperately seeking Susan’.

Truth is stranger than fiction

I approached Invisible Agents with excitement but also anxiety. Was I on the mark in my depiction of spying in the seventeenth century? Was my novel’s Royalist female spy too much of a reach?

I can now breathe easy, with even more first-hand inspiration to draw on for the rest of my action adventure series. Invisible Agents has given me the confidence to introduce more female agents. I also feel vindicated in inventing The Academy, a shadowy organisation of spies, given that Akkerman shares my opinion of the real Sealed Knot being an ‘inept secret society’. 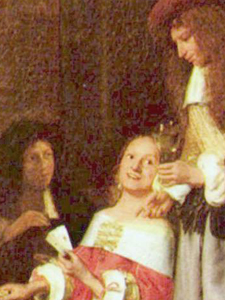 With other historical sources I felt I only caught a glimpse of such characters as Jane Whorwood and Lady d’Aubigny, as if they were passing an open door at the end of a corridor. In this book I felt like I was sitting across from them, playing cards at court.

They might still hold their cards close to their chest, but at least my character Laurette can draw up a chair to learn more from her real-life spy sisters.

H.J. Reynolds has written an historical action adventure about a female Royalist spy in Oliver Cromwell’s England. The 90,000 word manuscript is complete and she is seeking a literary agent. She can be contacted at helen[at]hjreynolds.co.uk