This month I attended the sold-out ‘How NOT To Submit Your Manuscript’ session at York Literature Festival. For two hours, literary agents Jo Unwin, Sam Copeland and Sallyanne Sweeney  gave gallons of brilliant advice.

When should you start looking for an agent?

All three agents said you needed to have finished your fictional novel before you start looking for an agent.

“You can only be a debut author once” – Jo Unwin

So you don’t want to ruin your chances with a half-completed piece of work.

Sallyanne explained that if you have any niggles about your book, then don’t send it.

What are your chances of securing an agent?

Jo told us that out of 8,000 submissions last year she took on five authors. And that was unusually high. You could almost hear the thud of everyone’s hopes dropping.

However on hearing some very woolly and vague descriptions by other authors later, I cheered up. Some really struggled to answer the simple question “what is your book about?” If 7,995 submissions were as bad as those, then the ratio made much more sense.

Obviously Jo, Sam and Sallyanne were biased. But Sam made the point that if you:

then go it alone. Otherwise, spending 15% on an agent is probably a good deal to make sure you have a long and happy career. Plus you will have someone on your side who is happy to mediate between you and your publisher, and protect that relationship.

How to submit your manuscript and get all the elements right

Half of titles are changed by publishers. But the title is the very first pitch of your book. The agents recommended at least trying to make sure it matches the style of your genre.

If you’re struggling with your elevator pitch, Sam suggested distilling it down to how people recommend books: “It’s the one where/about…”

I tested out my pitch of “it’s about Royalist spies in Oliver Cromwell’s England” on them. This did get an encouraging eyebrow lift from them all, but they recommended boiling it down to one protagonist. So I’ve just sent out a submission with:

“Fresh from being trained as a spy, Lady Laurette Miles is eager to help the exiled King Charles by infiltrating Oliver Cromwell’s England. But who can she really trust? Who is the real enemy? And just how many commandments is she willing to break in the name of the King?”

If you have any comments about this, I’d love to hear them.

How long should your covering letter be?

Make sure it’s a maximum of two pages long, no more. Agents want to see the plot trajectory. Who are the characters? What’s the setting?

I loved this tip. In your covering letter, the agents said not to brag by declaring “I’m the next Bernard Cornwell”. Instead phrase it as “I would love to think readers of Bernard Cornwell would enjoy my novel”.

There was a sigh of relief all round when Sallyanne said not to get too hung up about writing your synopsis. She said it was the last thing that an agent reads, but it is a vital technical document.

How should you start? When an agent only reads beyond the first page for a quarter of manuscripts, you need to get it right. Here were some pointers in this lively session which included reading out first paragraphs from the slush pile and classic books: 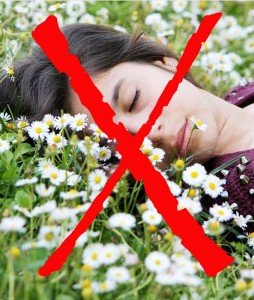 How many agents should you apply to?

We were told that agents assume authors are submitting to up to 10 agents at a time. What really annoys them is if they take the time to read your submission, and then you say you signed elsewhere a fortnight ago.

If another agent wants a full manuscript or a meeting, Sallyanne explained it’s only polite to tell the others.

Sam also rather mischieviously added that if you do this, it prompts the other agents into thinking they may have missed something, and could generate more interest.

This really depends. It can range from a light touch to recommending a plot rewrite.

So you get an agent. What next?

The pitching doesn’t stop after you land an agent. Agents pitch to between eight to ten editors at publishing houses at a time. We were warned of a long wait.

Sam explained there are three scenarios:

The sunny side of the street

I’ve read so many blogs on the impossibility of getting published that it’s easy to become disillusioned with even beginning the process. But it was a real tonic to see how passionate Sam, Jo and Sallyanne were about publishing. At the end of the day, my favourite quote was:

Here’s to meeting you in that lottery winner’s enclosure very soon!

The session was run by the Writers’ and Artists’ Yearbook who run lots of great events for authors.

H.J. Reynolds has written A Treachery Of Spies, focusing on Royalist spies in Oliver Cromwell’s England. The manuscript is complete and she is now seeking an agent. If you’d like her to submit some sample chapters, you can contact her at helen[at]hjreynolds.co.uk